THANK YOU for purchasing the MINI Gen 1 Shift Well Cover Kit from CravenSpeed. This product is made from the highest grade materials, and is guaranteed to be free from defects.

Pull with both hands on the shift knob to remove it from the factory shaft. Beware of moon roof when it releases.

Use a Torx Driver to remove the bolts from the two pillars that connect the dash and the console. Keep the bolts safe.

Use a Torx Driver to remove the bolts from the two front cupholders. Keep the bolts safe.

Use a Torx Driver to remove the bolts from the rear of the shift boot.

Carefully, use a standard flat screwdriver to separate the piece of the console that contains the handbrake boot from the main portion. Work from the back to the front as the front has the most secure clip.

Lift the back of the console to allow you to see the underside of the front cupholders.

Remove the small plug for the lighter socket by pulling gently. Place fully detached console on a good working surface face down.

Release that clips that hold the shift boot onto the console.

Remove the collet collar off of your Craven Speed Shifter (If necessary).

Slide the spring over the shifter shaft. Allow it to sit on the ball of the center pivot. 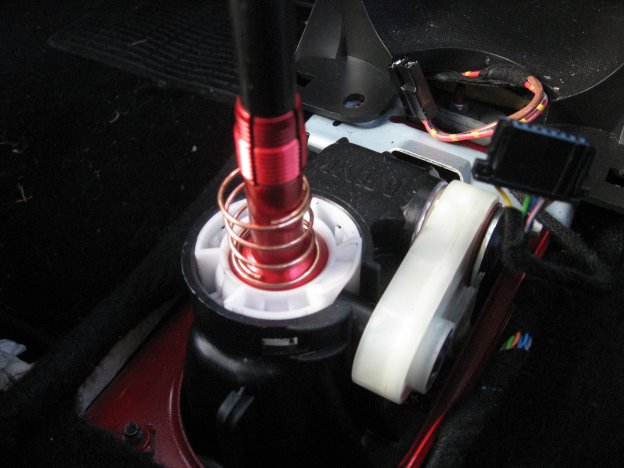 Slide the rubber grommet down the shaft. The grommet may need to be stretched a bit.

Slide the dust plate over the shaft and press the grommet into the hole in the dust plate. You can choose either side you want to face up.

Align the shift well so that the big hole is in the lower left, as shown in the photo at. The cover will only sit correctly when positioned over the loops in the console. 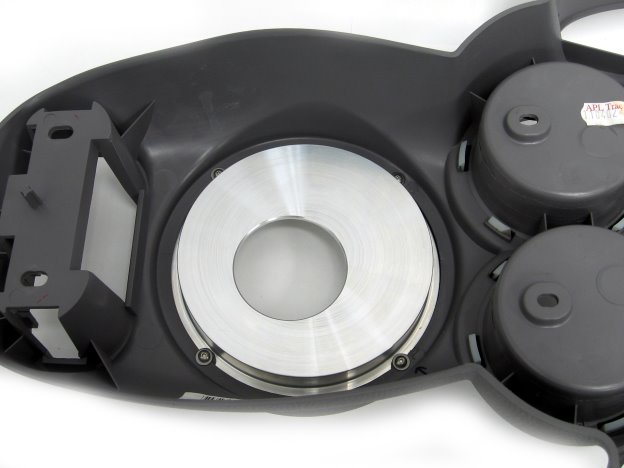 Each Pan head screw should have a flat washer laid down first, with a lock washer over it.

Tighten the pan heads by hand only

Put the console back into a position where you can re-attach the plug under the front cup holders.

Use a Torx Driver to re-attach the front cup holder bolts.

Place the two pillars back through the console, and attach them with Torx Drivers.

Use a Torx Driver to re-attach the rear bolts and replace the cap.