THANK YOU for purchasing the Fiat Short Shifter Installation Guide from CravenSpeed. This product is made from the highest grade materials, and is guaranteed to be free from defects. 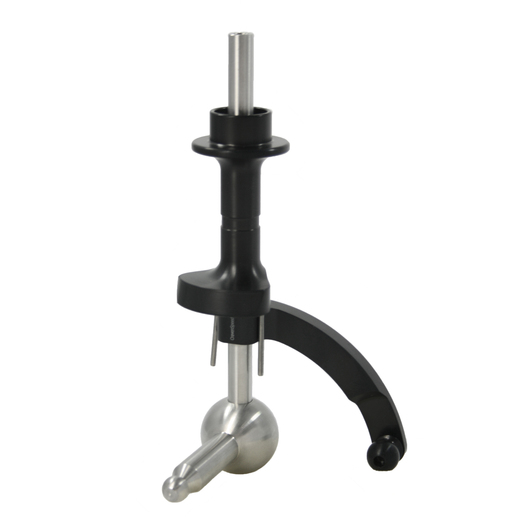 1. Use a knife to gently lift the shift patterned plastic covering the retainer bolt on the shift

knob. This cover is held in place with double-sided adhesive tape.

2. Once the retainer bolt is revealed, use a 10mm socket to remove the bolt. 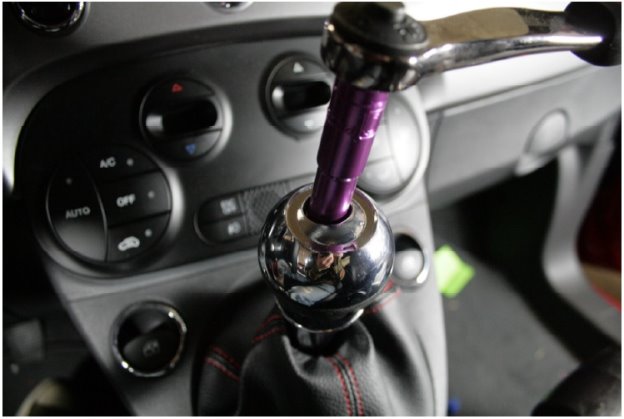 3. Take off the ‘layers’ of knob and save or discard. Be sure to keep the retainer bolt and

spring from between the reverse pull and knob. 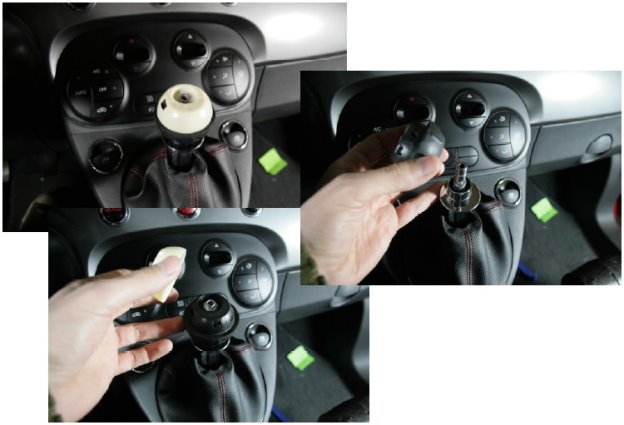 4. Carefully remove the shift boot from the shifter housing shroud by tugging gently on the boot

around the edges. Lift the boot retainer ring enough to cut the clip holding the boot to the reverse pull.

5. Pinch the middle of the sides of the shift boot and gently tug the boot from its clips.

6. Pop off the top shifter housing panel to gain access to the shifter assembly. You will want to cut the tie that is securing the boot to the reverse pull.

7. Disconnect both ball & socket connectors on the ends of the cables from the stock shifter

to pry the socket off the ball. (An extra shroud has been removed in the photos for clarity)

8. Gently pry around the edges of the white pivot retainer using a flathead screwdriver while

pulling up on the factory shifter shaft to remove the shifter assembly. Save the pivot retainer

to use on your CravenSpeed Short Shifter.

9. Remove the rubber o-ring from the shaft of the stock shifter and put it on your CravenSpeed

10. Make sure to grease the pivot retainer as well as the main pivot ball as needed before

assembly into the shift housing. The new assembly is a tighter fit, so it will be necessary to

tap firmly on the top of the shaft to get the assembly back into place.

12. Go around the edges of the white bushing with a screwdriver and mallet and tap the edges

lightly until they snap into place. *It is critically important that the retainer bushing is installed correctly in the housing. Failure to install all of the tabs may result in the main pivot coming loose from the housing and will compromise your shifting.*

13. Reattach both ball & socket connectors on the ends of the cables to the new shift assembly.

14. Place the reverse pull onto the assembly and then replace the factory spring. The reverse

lockout should be facing the passenger side of your Fiat 500.

15. Make sure that the shifter throw is smooth and that there is no interference of any kind.

Alternatively, install the CravenSpeed Shift Knob for an even more rewarding shifting experience. 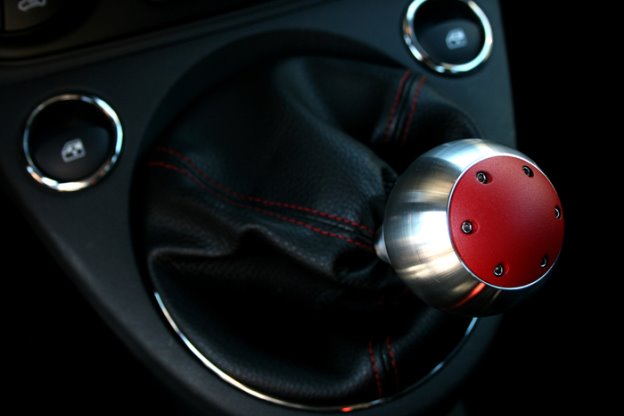